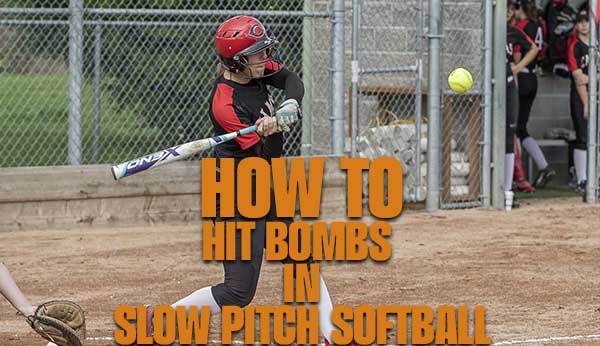 Did you know that for most, hitting in slow pitch is considered one of the harder things rather in the game? That instead of trying to swing with an uppercut, you’ll actually see the ball explode off your bat when you swing downwards on the ball?

Here, we will discuss how to hit bombs in slow pitch softball further, harder, and more expertly than you’ve ever hit before. Yes, even bombs.

Hitting with a chopping motion is the secret to hitting a slow pitch softball. More specifically, hitting involves these 5 strategies: 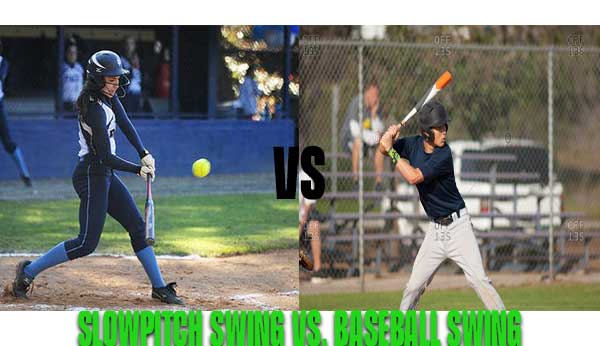 In slow pitch, the game is different. We’ve got short, quick swings that don’t produce a lot of slow pitch power for many of a baseball background.

And for softball, a short quick swing doesn’t effectively put much “carry” on the ball. For others who maybe didn’t play baseball growing up, and you’re here trying to get some tips for the slow pitch swing, I’m going to explain in detail and from a place of simplicity.

As a general note, swing mechanics and much of what I’m going to talk about are very nuanced topics. You could put five hitting coaches in a room, and they’ll debate quite a few different areas of the swing.

However, my goal is to describe mostly the things they all agree on. Still, the goal is to give you as many tips as possible. A big challenge is that if I keep it too vanilla, you won’t get anything from this. But if I go too specific, it’s darn near impossible to explain it through written text. So I’ll do my best!

What is Launch Angle and Why Does it Matter? 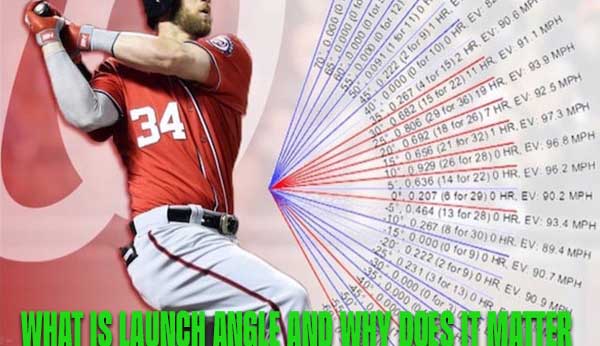 If you’ve paid attention to hitting mechanics over the past few years in all games that have to hit a ball, you’ve likely heard coaches talk about launch angle. It sometimes gets a bit complicated and annoyingly tiresome.

But, it does actually play an essential role in understanding swing mechanics and hitting for power. In simple terms, the launch angle is the vertical angle that the ball leaves a player’s bat after being hit.

The general understanding for various launch angles is like this:

The launch angle is very much a part of where you strike contact on the ball. And for hitting in slow pitch softball, you must strike the ball on the proper region for the type of hit you want.

For example, I have shown below that hitting a home run requires a downward launch angle between 20-40 degrees.

Now, it’s not just about where you strike the ball, but it’s also about what your bat is doing as it comes through the zone.

There will be many players who will try to uppercut and drop their shoulders to hit a softball. But just because the softball is coming in at an angle, you automatically want to go up to meet it.

However, if you wanna hit like a pro, please keep reading as I will explain why that is quite the contrary of what you should do. And if that’s a habit of yours, my question to you would be, do you want to get better?

How to Hit Home Runs Then? 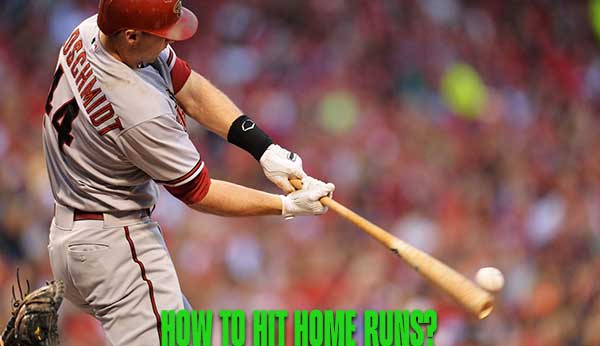 Now, if you want to hit a home run, we want to create a launch angle of about 20-40°. And for this particular step, I want to talk about the area of softball that you should be aiming for.

Likewise, if you hit the dead center of the softball, it’s going to create a line drive that will knuckle as it flies. Those are great for singles when you need them, but obviously not if you want to hit a home run.

Now to hit a home run, you need to hit just below the center. When you’re hitting there, your likelihood of hitting a home run goes up by a lot. Use a good bat and do all the steps above. You are almost sure to hit a good old home run every time. 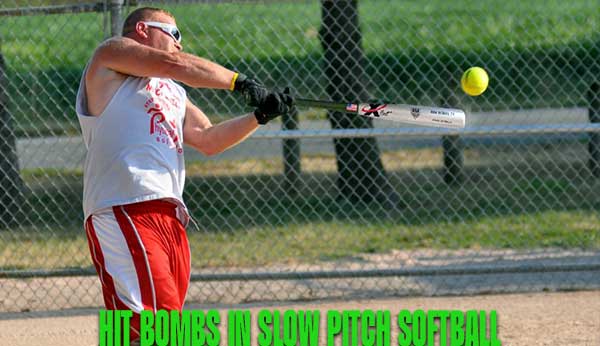 Now its your time to hit the bomb and become a Pro in slow pitch softball. Hopefully, you will have a better shot in your next tournament as you have followed the right technique and practiced a lot.